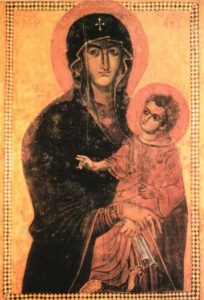 According to the legendary fourth century origins of the church, still celebrated today, the Virgin Mary caused snow to fall in August in Rome (a highly unlikely weather phenomenon) so that she could designate where she wanted her church to be built. She appeared to a couple and to the pope in a dream telling of the snowfall. She came to be known as Santa Maria della Neve, Our Lady of the Snows. On August 5, white flower petals are released from the church to celebrate the event and to simulate the miraculous snowfall. END_OF_DOCUMENT_TOKEN_TO_BE_REPLACED